The Fauxharmonic Orchestra presented its second concert in the series of all nine Beethoven symphonies.

The Fauxharmonic Orchestra will present classics of orchestral music with music from the video game Final Fantasy 8, as well as two new student works.  The program will include Beethoven’s Symphony No. 2 in D and music by Jeremy Spindler and Christian Gentry, both Ph.D. candidates in composition at Brandeis University.  The performance of Beethoven’s 2nd Symphony is part of a year-long series presenting all nine Beethoven symphonies — a worldwide musical first.  Also on the program are “Ionisation” by Varese, “Symphony” by Webern, and Glinka’s “Ruslan and Lyudmila Overture.”

Mr. Smith takes the digital orchestra out of the studio and into the concert hall to perform Beethoven’s Complete Symphonies.Performing these cornerstones of the symphonic repertoire in concert lets the audience judge whether a digital orchestra can be as expressive and moving as a traditional acoustic orchestra. 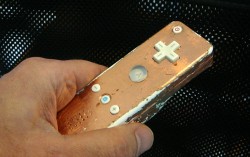 But Smith is neither an inventor nor a programmer.  He simply uses store-bought components, coupled with extensive musical training to produce a digital orchestra instrument many recognize as amazing.   “Could just anyone do this? I don’t think so. Anyone can walk into a store and buy a Steinway, but that doesn’t mean they’re going to play it like Horowitz.  Musical ability is more important than technical ability,” explains Smith. 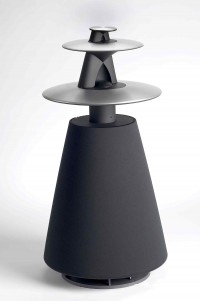